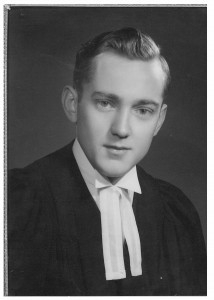 I would be remiss if I did not write a blog about my father who recently died. My father was my hero, my mentor and my former partner.

James John Golden was born on November 27, 1926 in Cottam, Ontario and was the second child and only son of William and Mayme Golden. He attended public school in Cottam, Ontario and grade 9 at Essex High School. He continued high school in Harrow when his family moved there. After graduating high school, Jim attended Assumption College in Windsor, Ontario and then in 1947 began attending law school at Osgoode Hall, in Toronto. He was called to the Bar in 1950 and returned to Harrow where he did his articles under the tutelage of Charles Clark. He began the practice of law with his good friend, William “Bill” Clark under the name of Clark and Golden. The firm practiced in the communities of Kingsville and Harrow, with Bill handling mainly the Kingsville clients and Jim, the Harrow clients. Eventually they both continued to practice in their respective communities as sole practitioners.

Jim married my mother, Gladys Livesey on September 30, 1950 and together they raised their five children, Kelly, Jay, Peggy, Michael and John. Jim was active with his family and the Harrow community. He was a past president of the Harrow Rotary Club and an honourary member of the Royal Canadian Legion, Branch 338. He was a past chairman of the Essex County District School Board. Throughout the years he volunteered and was active on many different committees in the Harrow community. 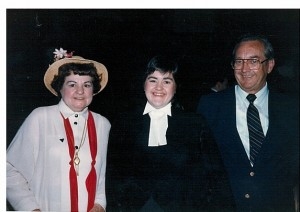 Dad loved the law. He was eager to discuss the law and legal cases. He thoroughly enjoyed the practice of law in the small town. He liked to help out people with their problems and he mentored many people over the years. His enthusiasm for the law and for his practice was infectious and I knew from an early age that I wanted to follow in his footsteps and practice law.

In 1985 I joined my father in the practice and his sole proprietorship became the partnership of Golden & Golden. We practiced in partnership until his “official” retirement in 1994. It was a time of learning for me. He taught me many things about the practice of law: the practicalities of running a business, the law and the business of dealing with people. After his retirement, dad often came into the office and I am certain it was to make sure that I was running the business up to his standards!

My father was a good lawyer. He was knowledgeable, competent, honest, reliable, and trustworthy. I am thankful for the years of his mentoring. I am grateful to be able to continue the tradition of the small town law practice. I will continue to follow in his footsteps and provide the residents of the Harrow community with high-quality legal services delivered in a caring, professional manner. The Golden Law Office will carry on! 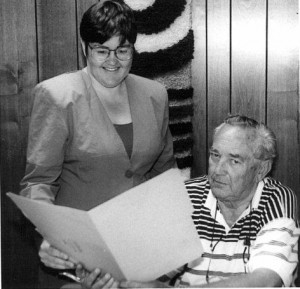 Thanks dad! You will be missed!

Request a call back